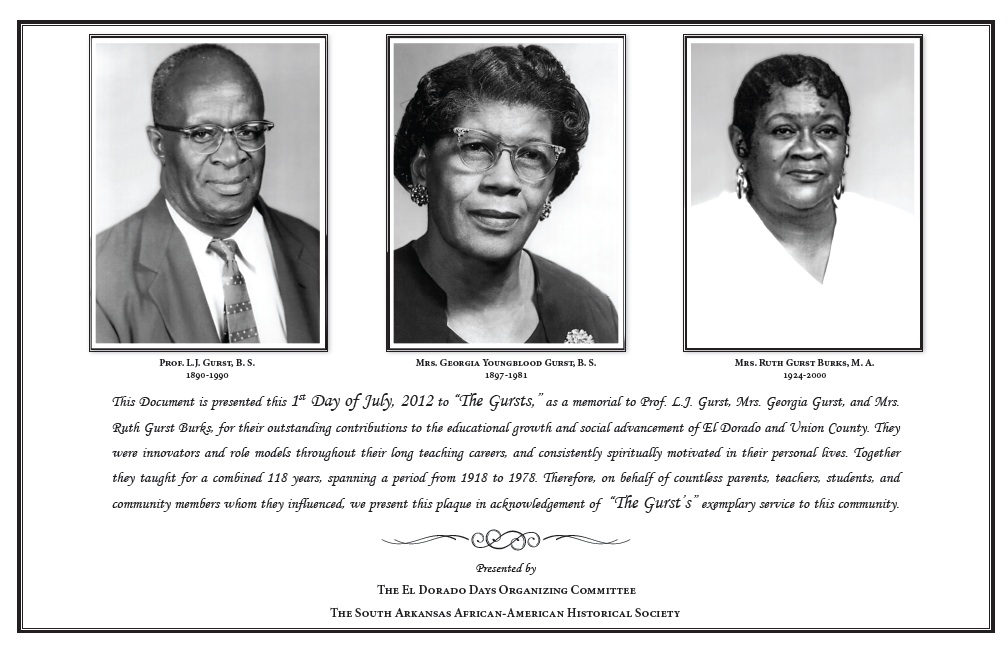 Bishop Calloway delivered a much needed message. And, he also rendered a solo. We really had church! Rev. Larry Andrews read the scripture and Rev. Ralph Smith offered the memorial prayer.

J. W. Williams served as the Master of Ceremony, and he recalled memories of growing up in El Dorado by pointing out points of interests such as the Memorial Stadium and Liberty Street.

Members of the audience offered many favorable comments after the service and the accolades of the success of the El Dorado Days’ activities are still coming in. Bravo to another great and successful event!